The Suffragist Window Project and Film about renowned Suffragist and citizen of Nevada City, Ellen Clark Sargent.
The Odd Fellows Oustomah Lodge #16 decided to liven up their windows on Broad St. during the initial shutdown by Covid-19 restrictions. This was a member driven project by the lodge artists that created a lively and unique window display honoring and  celebrating the 100th year of passing the 19th Amendment.

The Odd Fellows has come a long way since then. We are now composed of both women and men, working together to revitalize and modernize this ancient fraternal order. We are a part of living history right here in our lovely town. If you are interested in joining this Odd group of amazing folk contact us! With credit to artists: Sasha St. John, Tynowyn French, Mona Lovere. Support with Beverly Schorr, Momo Marzo,

We also facilitated in the filming of a short movie about Ellen Clark Sargent that was filmed inside of the Odd Fellows Temple within this building. Ellen Clark Sargent was a prominent suffragist who worked and lived in Nevada City. She is credited with uniting the West and East coast suffrage movements into a cohesive group. This then evolved into what is now known as the League of Women Voters. She was married to Aaron Clark Sargent, who is credited with writing the 19th Amendment as a U.S. Senator and who was one of the Nevada City Odd Fellows founding fathers and Noble Grand.

Watch the film below and check out the window pictures! 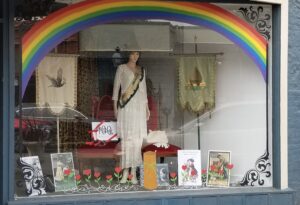 During the Covidian era wherein our lodge is currently closed, we are coming up with creative ways to stay connected with one another and our community! For the year 2021 we are currently meeting via Zoom and are looking to create Zoom socials! 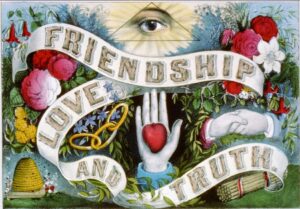 The Nevada City Odd Fellows Oustomah #16 Museum Committee opened the Temple and Museum for the folks attending the local Mardi Gras Parade and Fair, Sunday, February 16, 2020. Dozens of locals and tourists enjoyed the antique costumes which were on display throughout the museum; even on the docents. 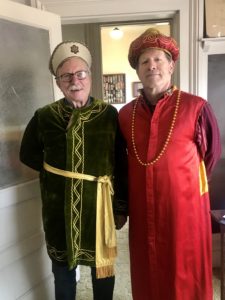 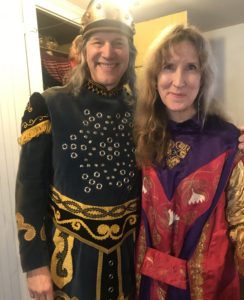 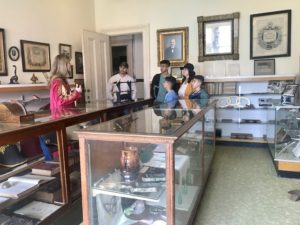 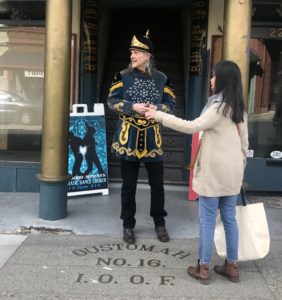 Installation of new officers of the lodge 2018 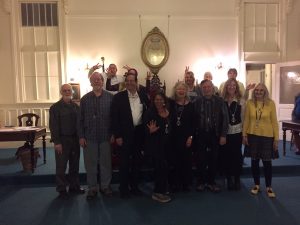 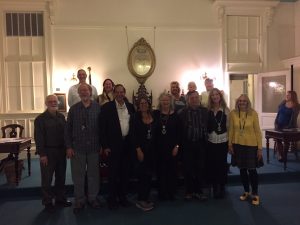 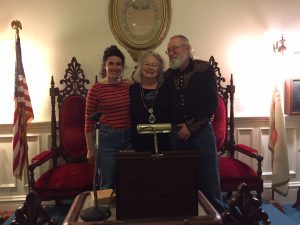 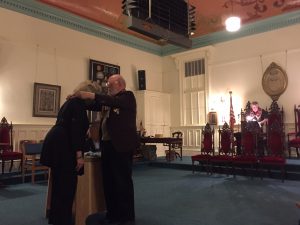 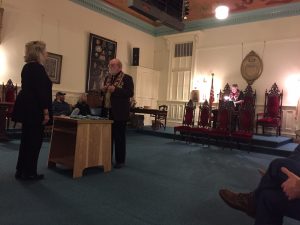 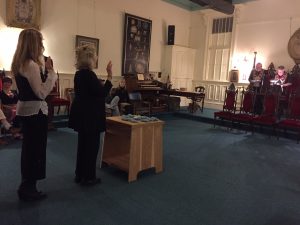 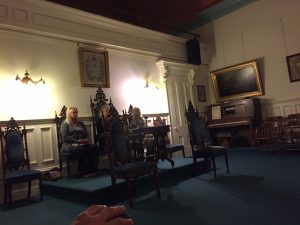 Hello, Odd Fellows and World-In-General.
This is a Blog Entry representing content provided on a timely basis by members of the Nevada City Odd Fellows.
Please re visit for latest changes.
FIRST REGISTERED AND INSTALLED Nov-29-2017.
ArtOfLogic * Paule Castro.